About the book: John Williams shares his unique perspective on tennis improvement, the dietary and training regimens of the current professional stars plus insights into the future of tennis.

John Williams shares his unique perspective on tennis improvement, the dietary and training regimens of the current professional stars plus insights into the future of tennis. John combines a lifetime of playing and teaching tennis to produce a book that can be used as a reference to aid the tennis-playing public in finding a pathway for improving and enjoying this great game. The book begins by listing the USTA (United States Tennis Association) National Tennis Rating Program (NTRP) guidelines. This handy guide presents the characteristics, limitations and strengths of all tennis players. It is an easy to understand numerical classification of every talent level from 1 to 7 and will help the tennis-playing public determine their own skill level and the proper chapter to read in order to begin real tennis improvement. In addition, future rule changes, coaching changes and timely advice on the most underrated, underappreciated and underused shot in tennis (the lowly drop shot). The drop shot is destined to be the offensive shot of the future and will give smaller, quicker players an additional weapon to counter the power in the modern game. The number of drop shots hit in the 2020 French Open set records in both the Men's and Women's single draws. It is inevitable in the women's game to expect more "droppers" in the future. About the author: John has a bachelor's degree in math and physics from the University of Charleston, a master's degree in astrophysics from Florida State University, and has completed three years of doctoral study in nuclear physics at Auburn University. John served as president and regional vice president for the Missouri Valley Professional Tennis Association (MVPTA) from 1983-1991, vice president of the Florida Professional Tennis Association (FPTA) from 1978-1981, and regional vice president for the Mid-Atlantic Professional Tennis Association (MAPTA) from 1973-1975. Taking an occasional time out during a 35 year tennis-teaching career, John was able to play pro level tournaments in the days of "sham amateurism" (before open tennis) and continued to play and win pro level tournaments (after 1968) until he was 40 years old. He was a 3-time West Virginia Champion, a two-time Ohio Valley Champion, a two-time Maryland State Champion and a two-time Western Maryland Champion. John won the West Virginia Open Doubles Championship 5 times and in 1973 won the Eastern Pro Singles Championship in Woodbury, NY along with a $1000 purse, (It seemed like a lot of money at the time). John was inducted into the University of Charleston Hall of Fame in 2001 and the Missouri Valley Professional Tennis Association (MVPTA) Hall of Fame in 1999. He was named the Pinellas County Florida Coach of the Year in 1977 and 1981, and his family was named the Oklahoma Tennis Family of the Year in 1996 and 1999. He has coached and developed players of all ages and abilities. They include state, sectional and national champions in multiple locales from Florida to Oklahoma. Even though he is appreciative of his industry accolades, John says, "My wife and children are my pride and joy."

A Modern Guide for Tennis Improvement

Authors: John R Williams
Categories:
John Williams shares his unique perspective on tennis improvement, the dietary and training regimens of the current professional stars plus insights into the future of tennis. John combines a lifetime of playing and teaching tennis to produce a book that can be used as a reference to aid the tennis-playing 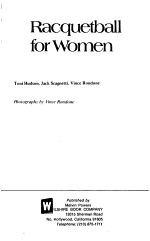 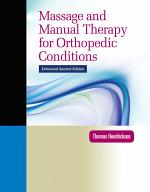 Authors: Thomas Hendrickson
Categories: Sports & Recreation
This book introduces massage techniques for orthopedic conditions, promoting the alignment of soft tissue relating to pain and dysfunction. An essential manual for clinical massage therapy, it contains brief descriptions of rationale behind orthopedic massage, mechanisms of injury to and repair of soft tissue, and anatomy of each body area. 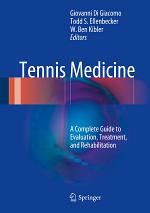 Authors: Giovanni Di Giacomo, Todd S. Ellenbecker, W. Ben Kibler
Categories: Medical
This book will serve as a key resource for all clinicians working in orthopedics, sports medicine, and rehabilitation for the sport of tennis. It provides clinically useful information on evaluation and treatment of the tennis player, covering the entire body and both general medical and orthopedic musculoskeletal topics. Individual sections 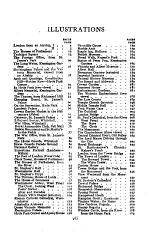 A Pictorial and Descriptive Guide to London and Its Environs

Authors: Ward, Lock & Co., Ltd (Londres)
Categories: Medical
Books about A Pictorial and Descriptive Guide to London and Its Environs