“Impeccably researched, Ancient High Tech transports the reader back through history to the remarkable technological achievements of various ancient civilizations around the globe. From the earliest attempts at aviation to refined ... 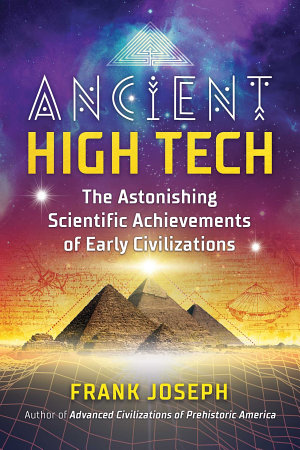 A detailed look into ancient advanced technology, science, and medicine--some of which has yet to be reproduced today • Explores countless examples of ancient high tech, including robotics, artificial intelligence, aircraft, solar-powered cannons, high-speed drills, illuminated underground temples, massive refrigerators, and subterranean cities • Examines evidence of advanced medicine in ancient times • Includes examples from ancient Egypt, China, Greece, Babylon, Siberia, the Americas, and India The first self-igniting match was invented in 1805 by Jean Chancel, a French chemist. Yet, in Babylon, 3,600 years before, identical sulfur matches were in common use. On the Panchavarnaswamy Temple in India, built millennia ago, there is a detailed carving of a man on a bicycle, yet the bicycle wasn’t invented in the modern world until 1817. These inventions are only two examples of technology lost in the Dark Ages. Exploring the sophisticated tech achieved by ancient civilizations hundreds and thousands of years ago, Frank Joseph examines evidence of robotics and other forms of artificial intelligence; manned flight, such as hot-air balloons and gliders; and military science, including flamethrowers, biological warfare, poison gas, and solar-powered cannons. He reveals how ancient construction engineers excavated subterranean cities, turned stone walls into glass, lifted 100-ton blocks of granite, illuminated underground temples and pyramids, and stored their food in massive refrigerators. Examples explored in the book include the first known alarm clock, invented by Plato in 4th-century-BC Greece; 600-year-old Aztec whistles that reproduce animal sounds and human voices with uncanny accuracy; Stone Age jewelry from Siberia worked by a high-speed drill; sex robots in ancient Troy, Greece, and China; ancient Egyptian aircraft; and India’s iron pillar exposed to sixteen hundred years of monsoons but still standing rust-free. The author also explores evidence of advanced medicine in ancient times, particularly in Egypt and China, from brain surgery, optometry, and prosthetics to dentistry, magnet therapy, and cancer cures. By examining the achievements of our ancient ancestors, we can not only reverse-engineer their inventions but also learn from their civilizations’ mistakes, enabling us to avoid more dark ages. Imagine how scientifically advanced humanity would be if our early achievements had escaped destruction and been allowed to develop? 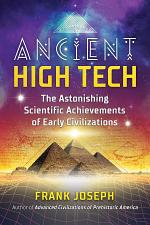 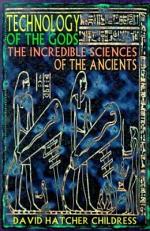 Technology of the Gods

Authors: David Hatcher Childress
Categories: History
Technology of the Gods lays out the mind-bending evidence that long-lost civilizations had attained and even exceeded our "modern" level of advancement. Westerners have been taught that humankind has progressed along a straight-line path from the primitive past to the proficient present, but the hard, fast evidence (literally written in 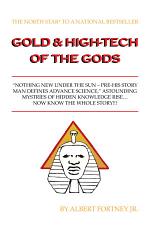 Gold & High-Tech of the Gods

Authors: Albert Fortney Jr.
Categories: Reference
This book is vitally important to help prevent mixed-confusion and deny or stop the wicked from continued planting seeds of racial-disorder into healthy curious minds of all children, with the misuse of history. Education should show with correct color illustrations the many truths as it teaches for a clearer understanding 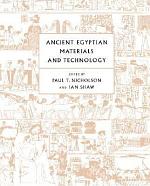 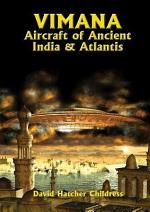 Authors: David Hatcher Childress
Categories: Body, Mind & Spirit
Did the ancients have the technology of flight? In this incredible volume on ancient India, authentic Indian texts such as the Ramayana and the Mahabharata, are used to prove that ancient aircraft were in use more than four thousand years ago. Included in this book is the entire Fourth Century