In this profound work, Vittorio Guidano expands upon his earlier seminal contributions on the application of cognitive and developmental principles to individuals struggling with various forms of psychopathology. 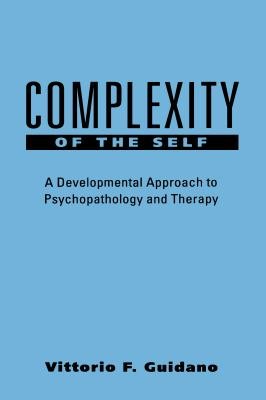 In this profound work, Vittorio Guidano expands upon his earlier seminal contributions on the application of cognitive and developmental principles to individuals struggling with various forms of psychopathology. Here, he fully develops the idea that individuals' experience, both positive and negative, are powerfully influenced by their personal ``psychological organizations.'Focusing primarily on the eating disorders, the phobias (with agoraphobia as the prototype) obsessive-compulsive patterns, and depression, Guidano illustrates how early developmental experiences and ongoing psychological processes may collude to perpetuate dysfunctional patterns and personal distress. The central and perhaps most exciting thesis in this new expression of Guidano's thinking is that the ``deep structure' or ``core organizing processes`` that constrain human psychological experience may be at the heart of successful intervention as well as the classical problems of resistance, relapse, and refractory behaviors. Guidano's contention is at once simple and powerful: those psychological processes involved in the development and maintenance of personal identity, or ``self' that should be the primary foci of research and intervention in psychological disorders. The meaning of Guidano's perspective for clinical practice is perhaps best expressed in the author's own words: ``Knowing the basic elements of the personal cognitive organization that underlie the pattern of disturbed behavior and emotions, the therapist can behave, from the beginning, in such a way as to build a relationship as effective as possible for that particular client. In other words, the therapist should be able to establish a relationship that respects the client's personal identity and systemic coherence and that, at the same time, does not confirm the basic pathogenic assumptions. For example, in working with agoraphobics, the therapist has to respect their self-images centered on the need to be in control. He/she can do this by avoiding any direct attack on their controlling attitudes and by leaving them a wide margin of control in the relationship. At the same time the therapist should avoid confirming their assumptions about the somatic origin of their emotional disturbances or about their inborn fragility. In short, the therapist who can anticipate the models of self and reality tacitly entertained by the client is surely better able to help the development of a cooperative and secure therapeutic relationship than the therapist who cannot make such anticipations. This timely and provocative volume offers exciting new ideas about how to conceptualize and facilitate change in the ``self system.' With the rare combination of his Renaissance intellect and integrative practical expertise, Guidano has been able to draw together many disparate themes from object relations theory, ego psychology, attachment theory, constructivist models of human cognition, and lifespan developmental psychology. It is must reading for the practicing professional, the helping apprentice, and anyone interested in glimpsing the cutting edge at the growing interface between cognitive and clinical science. 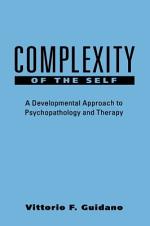 Complexity of the Self

Authors: V. F. Guidano
Categories: Psychology
In this profound work, Vittorio Guidano expands upon his earlier seminal contributions on the application of cognitive and developmental principles to individuals struggling with various forms of psychopathology. Here, he fully develops the idea that individuals' experience, both positive and negative, are powerfully influenced by their personal ``psychological organizations.'Focusing primarily

Authors: Andrew Malionek
Categories: Philosophy
Socrates once asked the simple question - "Who am I?" For thousands of years, philosophers, theologians, scientists and psychologists have contemplated the answer to this question. In a modern world filled with distractions, an individual is more prone to disillusionment. Self-knowledge, the foundation for physical, spiritual, and mental growth, nurtures
Language: en
Pages: 194

Complexity of the Self and Affective Reactions to Negative Life Events

The Complexity of the Self-concept and Psycho-social Competence

Authors: Mary Dell Casebeer Smith
Categories: Self
Books about Complexity of the Self Concept and Information Search and Decision Making in Homogeneous Groups