Mr. Grenfall Lorry boarded the east-bound express at Denver with all the air of a martyr.

Mr. Grenfall Lorry boarded the east-bound express at Denver with all the air of a martyr. He had traveled pretty much all over the world, and he was not without resources, but the prospect of a twenty-five hundred mile journey alone filled him with dismay. The country he knew; the scenery had long since lost its attractions for him; countless newsboys had failed to tempt him with the literature they thrust in his face, and as for his fellow-passengers-well, he preferred to be alone. And so it was that he gloomily motioned the porter to his boxes and mounted the steps with weariness.As it happened, Mr. Grenfall Lorry did not have a dull moment after the train started.He stumbled on a figure that leaned toward the window in the dark passageway. With reluctant civility he apologized; a lady stood up to let him pass, and for an instant in the half light their eyes met, and that is why the miles rushed by with incredible speed.Mr. Lorry had been dawdling away the months in Mexico and California. For years he had felt, together with many other people, that a sea-voyage was the essential beginning of every journey; he had started round the world soon after leaving Cambridge; he had fished through Norway and hunted in India, and shot everything from grouse on the Scottish moors to the rapids above Assouan. He had run in and out of countless towns and countries on the coast of South America; he had done Russia and the Rhone valley and Brittany and Damascus; he had seen them all-but not until then did it occur to him that there might be something of interest nearer home. True he had thought of joining some Englishmen on a hunting tour in the Rockies, but that had fallen through. When the idea of Mexico did occur to him he gave orders to pack his things, purchased interminable green tickets, dined unusually well at his club, and was off in no time to the unknown West.There was a theory in his family that it would have been a decenter thing for him to stop running about and settle down to work. But his thoughtful father had given him a wealthy mother, and as earning a living was not a necessity, he failed to see why it was a duty. "Work is becoming to some men," he once declared, "like whiskers or red ties, but it does not follow that all men can stand it." After that the family found him "hopeless," and the argument dropped.He was just under thirty years, as good-looking as most men, with no one dependent upon him and an income that had withstood both the Maison Doree and a dahabeah on the Nile. He never tired of seeing things and peoples and places. "There's game to be found anywhere," he said, "only it's sometimes out of season. If I had my way-and millions-I should run a newspaper. Then all the excitements would come to me. As it is-I'm poor, and so I have to go all over the world after them."This agreeable theory of life had worked well; he was a little bored at times-not because he had seen too much, but because there were not more things left to see. He had managed somehow to keep his enthusiasms through everything-and they made life worth living. He felt too a certain elation-like a spirited horse-at turning toward home, but Washington had not much to offer him, and the thrill did not last. His big bag and his hatbox-pasted over with foolish labels from continental hotels-were piled in the corner of his compartment, and he settled back in his seat with a pleasurable sense of expectancy.

Authors: George Barr McCutcheon
Categories:
Mr. Grenfall Lorry boarded the east-bound express at Denver with all the air of a martyr. He had traveled pretty much all over the world, and he was not without resources, but the prospect of a twenty-five hundred mile journey alone filled him with dismay. The country he knew; the

The Prince of Graustark - Original Edition

Authors: George Barr McCutcheon
Categories:
"My dear," said Mr. Blithers, with decision," you can't tell me.""I know I can't," said his wife, quite as positively. She knew when she could tell him a thing and when she couldn't.It was quite impossible to impart information to Mr. Blithers when he had the tips of two resolute

Authors: George Barr McCutcheon
Categories:
Far off in the mountain lands, somewhere to the east of the setting sun, lies the principality of Graustark, serene relic of rare old feudal days. The traveler reaches the little domain after an arduous, sometimes perilous journey from the great European capitals, whether they be north or south or 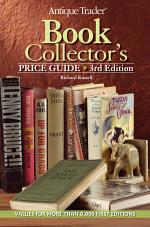 Authors: Richard Russell
Categories: Antiques & Collectibles
This new edition of Antique Trader Book Collector's Price Guide provides readers with the information and values to carve a niche for themselves in a market where rare first editions of Jane Austen's Emma and J.K. Rowling's Harry Potter and the Philosophers Stone recently sold at auction for 254,610 dollars 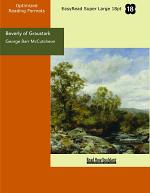