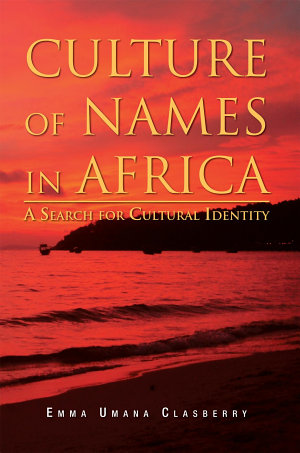 INTRODUCTION Personal name is a vital aspect of cultural identity. As a child, you may have loved or hated your name. But you were rarely indifferent to it. “What’s in a name?” Shakespeare asked. “That which we call a rose by any other name would smell as sweet”, he explained. Perhaps in England or somewhere else in Europe, but not in Africa. Personal names in African have meanings, can affect personality, hinder or enhance life initiatives. They serve to establish a connection between name and cultural background, and thus, provide some information about cultural affinity and more, such as express one’s spirituality, philosophy of life, political or socio-economic status as defined by a given ethnic cleavage. African names tell stories, convert abstract ideas to stories, and tell story of the story about different aspects of one’s life. They commemorate any unusual circumstance the family or community once experienced, or world event that took place around the time of a child’s birth. Outside a given cultural environment, names boost and nurture cultural pride and identity, showcase a people’s appreciation of their culture and their readiness to defend and live their culture with pride and dignity. Naming practices that tell histories behind the names were the norms in Nigeria-Ibibio, and in fact, in Africa, until the encroachment of two historical forces in Africans’ affairs. Christianization and colonization, more than any other forces in history, shattered the connection between personal name and cultural affinity, and have ever-since contributed to the gradual erosion of African culture of names. On the continent, the combined efforts of their human agents - the missionaries and British colonial personnel, directly and indirectly, through their policies and practices, caused African- Nigerians to give up their culture relevant names in favor of foreign ones. Apart from direct erosion of culture of names, ‘colonial administration’ (a term I use mostly to refer to the combined efforts of the missionaries and British colonial personnel) in Nigeria abrogated many religious, socio-economic and political traditions which were intimately intertwined with the people’s naming practices. Their attempt to replace African traditions with European ones through coercing Africans to accept Western values and beliefs consequently disabled many desirable African traditional structures, including authentic African naming practices, and caused some to fall into disuse. A third force was early European-African trade. Although the impact of the presence of European merchants in Nigeria was minimal in this regard, some of their activities have also left a dent on African naming practices by introducing foreign bodies into the people’s names database. Even though these alien forces invaded and injected foreign values into Africa over a century ago, their impact on naming practices continues to be felt by Africans. European intrusion in relation to African naming practices did not end on the continent. The Trans- Atlantic Trade on human cargo was another major historical event that did not only forcefully disconnect many Africans from their cultural root and natural habitat, but also mutilated authentic African naming practices among them. Consequently, Africans in Diaspora had European names imposed upon them by their slave masters. Today, many Africans on the continent and in Diaspora continue to carry names which are foreign, names whose meanings they do not know, names the bearers can not even pronounce correctly in some ethnic contexts, and names which have no relevance to nor any form of link with the bearers’ cultural background. In effect, culture of names, as many other African customary practices, has lost its savor. Some peoples of African descent still cherish these colonized names. Some do not, and are making practical efforts to reclaim authentic African cul

Introduction to People's Names and Meanings 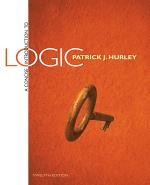 A Concise Introduction to Logic

Authors: Patrick J. Hurley
Categories: Education
Unsurpassed for its clarity and comprehensiveness, Hurley's A CONCISE INTRODUCTION TO LOGIC is the #1 introductory logic textbook on the market. In this Twelfth Edition, Hurley continues to build upon the tradition of a lucid, focused, and accessible presentation of the basic subject matter of logic, both formal and informal. 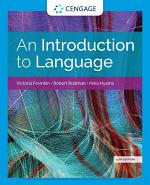 An Introduction to Language

Authors: Victoria Fromkin, Robert Rodman, Nina Hyams
Categories: Education
AN INTRODUCTION TO LANGUAGE, 11th Edition, offers an up-to-date look at language studies and linguistics in today's world. This product is fresh and modern, and includes new developments in linguistics and related fields that strengthen its appeal to a wider audience. At the same time, it maintains the acclaimed light, 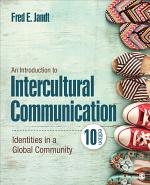 An Introduction to Intercultural Communication 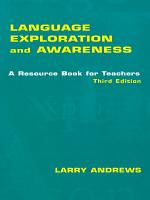 Authors: Larry Andrews
Categories: Education
"Language Exploration and Awareness: A Resource Book for Teachers, Third Edition" shows English teachers how they can expand their curriculum beyond the traditional emphases on grammar and syntax, to help their students learn about many aspects of the English language, including general semantics, regional and social dialects, syntax, spelling, history