Targeted by McCarthyism for his prewar politics, a young Jewish writer who fled the Nazis to America makes a desperate bargain with a fledgling CIA to work as a spy in a decimated Berlin. 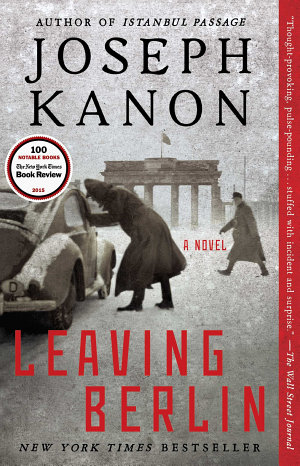 New York Times Notable Book * NPR Best Books 2015 * Wall Street Journal Best Books of 2015 The acclaimed author of The Good German “deftly captures the ambience” (The New York Times Book Review) of postwar East Berlin in his “thought-provoking, pulse-pounding” (Wall Street Journal) New York Times bestseller—a sweeping spy thriller about a city caught between political idealism and the harsh realities of Soviet occupation. Berlin, 1948. Almost four years after the war’s end, the city is still in ruins, a physical wasteland and a political symbol about to rupture. In the West, a defiant, blockaded city is barely surviving on airlifted supplies; in the East, the heady early days of political reconstruction are being undermined by the murky compromises of the Cold War. Espionage, like the black market, is a fact of life. Even culture has become a battleground, with German intellectuals being lured back from exile to add credibility to the competing sectors. Alex Meier, a young Jewish writer, fled the Nazis for America before the war. But the politics of his youth have now put him in the crosshairs of the McCarthy witch-hunts. Faced with deportation and the loss of his family, he makes a desperate bargain with the fledgling CIA: he will earn his way back to America by acting as their agent in his native Berlin. But almost from the start things go fatally wrong. A kidnapping misfires, an East German agent is killed, and Alex finds himself a wanted man. Worse, he discovers his real assignment—to spy on the woman he left behind, the only woman he has ever loved. Changing sides in Berlin is as easy as crossing a sector border. But where do we draw the lines of our moral boundaries? At betrayal? Survival? Murder? Joseph Kanon’s compelling thriller is a love story that brilliantly brings a shadowy period of history vividly to life. 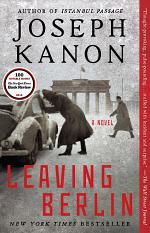 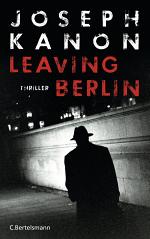