LUNAR MYTH AND WORSHIP THROUGH THE AGES It is worth the trouble of presenting in this work a bird's-eye view of the origin and development of the lunar myth and worship in historical antiquity, on our side of the globe. 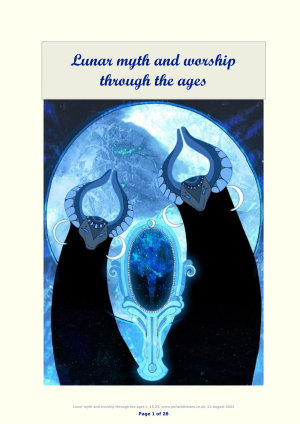 The Sun is the giver of life to the whole planetary system. The Moon is the giver of life to our globe. The Hindus proudly call themselves descendants of Solar and Lunar dynasties. The Christians pretend to regard such beliefs as idolatry, yet they adhere to a religion entirely based upon solar and lunar worship. Mystery 1. The lowest key to the androgynous Moon is anthropomorphic and phallic. The highest key is purely theogonic and divine. The Jewish god, with which the Christians have burdened themselves, is no higher than the lunar symbol of Nature’s reproductive or generative faculty. The entire Pantheon of lunar gods and goddesses consists of “sons” and “husbands” of their “mothers,” and is identical with the Christian Trinity. Mystery 2. The riddle of the Two Ones unriddled. The One Divine Essence, ever unmanifested, perpetually begets a second One, manifested and androgynous in its nature. The latter brings forth immaculately everything macro- and micro-cosmical in the universe. But human procreation in the infernal regions of matter is far from divine, it is a deadly sin. Deus Lunus, a male lunar deity, became overtly androgyne in the Lemurian Race of our Round when sexes separated. Later on, its dual hermaphrodite power was exploited by Atlantean sorcerers. Still, in the present Aryan Race, the same lunar-solar worship continues, dividing nations into two distinct and essentially antagonistic factions and cults. Pagan and Papal cosmogonies are diametrically opposed. The one is an ever-youthful Mother-Nature, antitype of Sun and Moon, creating immaculately the ideal universe; the other, by concocting an infernal “Virgin Mary” who brings forth a “son” of the earth earthy, degrades everything divine and sacred to the lowest anthropomorphic goddess of the rabble. The “virgin” goddess of the Latin Church is a faithful copy of the old pagan goddesses, albeit counterfeit; the twelve apostles stand for the twelve tribes, the latter being personifications of the twelve great gods and the twelve signs of the Zodiac. The liberal adoption by the Latin Church of such symbols as water, fire, sun, moon, and stars, and a good many other things, is a continuation of the old worship of Pagan nations under different names. The belief that Fire finds refuge in Water was not limited to the old Scandinavians. It was shared by all nations before taken up by the early Christians, who symbolized the Holy Ghost under the shape of Fire, the breath of the Father-Sun, descending into the Water or Sea, Mother, Mare, Mary, etc. 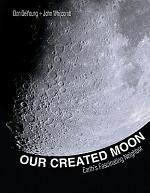 Authors: John Whitcomb, Don DeYoung, Donald B. DeYoung
Categories: Religion
FROM ITS CREATION BY GOD TO ITS PERFECT SIZE, DETAILS ARE REVEALED ABOUT THE MOON'S UNIQUE CONNECTION TO THE SEASON'S TIDES, ANIMAL LIFECYCLES, AND ROLE AS EARTH'S PROTECTIVE SHIELD. WELL-KNOWN AND HIGHLY RESPECTED CREATION SCIENTISTS DON DEYOUNG AND JOHN WHITCOMB SHARE THEIR KNOWLEDGE IN AN EASY-TO-COMPREHEND FORMAT. NEWLY REVISED AND 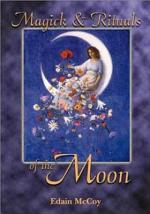 Magick & Rituals of the Moon

Authors: Edain McCoy
Categories: Body, Mind & Spirit
Provides instructions for performing moon-centered magic, including how to draw down the moon, connect with lunar goddesses and gods, make ointments, do astral projections, and offers texts for solitary and group rituals. 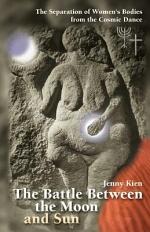 The Battle Between the Moon and Sun

Authors: Jenny Kien
Categories: Body, Mind & Spirit
Woman's mysterious bleedings in time with moon cycles were first seen as the human embodiment of the cosmic mysteries of birth, death and rebirth and served as the basis for time-keeping. With the rise of absolute kingships in the Ancient Near East, authority shifted from women and goddesses to men 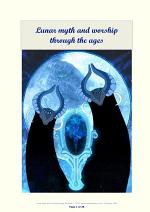 Lunar myth and worship through the ages 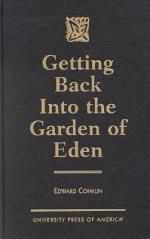 Getting Back Into the Garden of Eden

Authors: Edward Conklin
Categories: Religion
Getting Back into the Garden of Eden studies the story of the Garden of Eden in-depth from an historical-psychological perspective for the first time. It explores how the historical experiences of the Hebrew people became transformed into the psychologically meaningful and therefore symbolic characters and situations in the first three