Where do Christians fit in a two-party political system? The partisan divide that is rending the nation is now tearing apart American churches. On one side are Christian Right activists and other conservatives who believe that a vote for a Democratic presidential candidate is a vote for abortion, sexual immorality, gender confusion, and the loss of religious liberty for Christians. On the other side are politically progressive Christians who are considering leaving the institutional church because of white evangelicalism's alliance with a Republican Party that they believe is racist, hateful toward immigrants, scornful of the poor, and directly opposed to the principles that Jesus taught. Even while sharing the same pew, these two sides often see the views of the other as hopelessly wrongheaded--even evil. Is there a way to transcend this deep-seated division? The Politics of the Cross draws on history, policy analysis, and biblically centered theology to show how Christians can protect the unborn, defend marriage, promote racial justice, care for the poor, and, above all, honor the gospel by adopting a cross-focused ethic instead of the idolatrous politics of power, fear, or partisanship. As Daniel K. Williams illustrates, both the Republican and Democratic parties are grounded in Christian principles, but both have distorted those principles and mixed them with assumptions that are antithetical to biblical truth. Williams explains how Christians can renounce partisanship and pursue policies that show love for our neighbors to achieve a biblical vision of justice. Nuanced, detailed, and even-handed, The Politics of the Cross tackles the thorny issues that divide Christians politically and offers a path forward for innovative, biblically minded political approaches that might surprise Christians on both the left and the right. 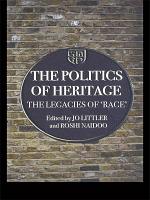 The Politics of Heritage

Authors: Jo Littler, Roshi Naidoo
Categories: Art
This collection explores how the heritage industry and cultural policy have responded to questions of nation and national identity. 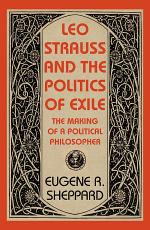 Leo Strauss and the Politics of Exile

Authors: Eugene Sheppard
Categories: Philosophy
Born in rural Hesse, Germany, Leo Strauss (1899-1973) became an active Zionist and philosopher during the tumultuous and fractious Weimar Republic. As Eugene R. Sheppard demonstrates in this groundbreaking and engaging book, Strauss gravitated towards such thinkers as Franz Rosenzweig, Martin Heidegger, and Carl Schmitt as he sought to identify 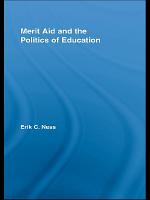 Merit Aid and the Politics of Education 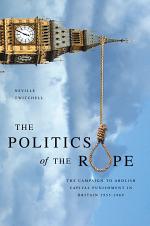 The Politics of the Rope

Authors: Neville Twitchell
Categories: Law
This illuminating broad-based political and cultural study presents the definitive account of the campaign to abolish capital punishment in the period 1955-69. It comprises a work of contemporary history exploring the theme from a number of angles, both pro and contra, which have not been covered so extensively before. From 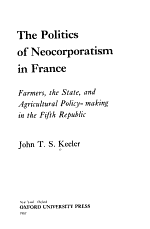 The Politics of Neocorporatism in France

Authors: John T. S. Keeler, Assistant Professor of Political Science John T S Keeler
Categories: Agricultural laborers
The widespread development of neocorporatism--a process in which certain interest groups derive power from their privileged relationship with the state and formal participation in public policy-making rather than through traditional lobbying or pressure tactics--has recently attracted considerable scholarly attention. This penetrating study focuses on the emergence of the most powerful